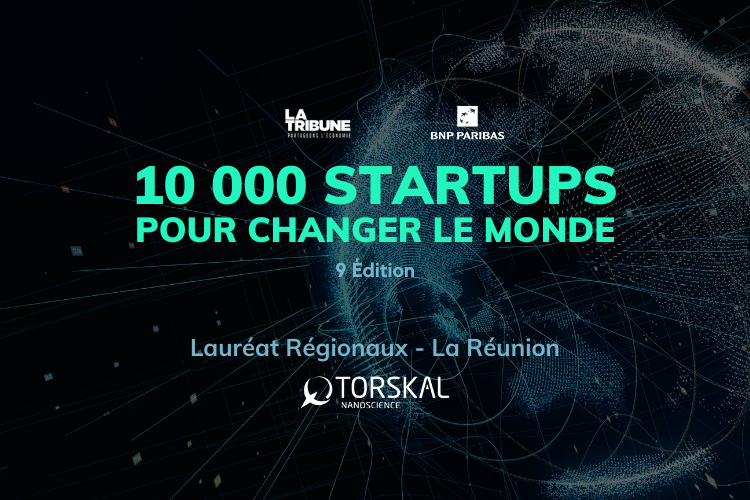 The 10,000 startups to change the world contest starts its 9th season with a first: a special stage in Reunion Island. Two startups have been awarded: Dharmatech, which invented the first connected, insulating and depolluting vegetalized wall for buildings, and Torskal biotech, which is behind a multi-patented breakthrough innovation that aims to revolutionize cancer treatment through green chemistry.

10,000 startups to change the world 2021, let’s go! To launch its 9th season, France’s largest startup competition has chosen, for the first time in its history, to include the French Overseas Territories in its tour of France’s innovation ecosystems to identify the nuggets of tomorrow. A special stopover in Reunion Island and another in Guadeloupe will therefore enrich the 2021 edition of the 10,000 Startups for Changing the World prize, in addition to the “traditional” stops in the eight French metropolises of Lyon, Marseille, Toulouse, Bordeaux, Nantes, Paris, Strasbourg and Lille.

At the end of a morning of pitching in front of La Tribune and its partners the Mission French Tech, BNP Paribas and Bpifrance, two Reunionese startups, Dharmatech and Torskal, were awarded prizes. They qualify for the final of the special overseas prize, which will be played out between the winners from Reunion Island and Guadeloupe, and whose winner will be revealed at the Grand Rex in Paris on March 29th. The Ministry of Overseas France and the State Secretariat for Social, Solidarity and Responsible Economy are also partners of 10,000 startups to change the world in 2021, as are Business France and the intellectual property consulting firm Germain Moreau.

Dharmatech and Torskal, winners of the Reunion Island stage

The first winner from Reunion Island is Benoît Dumortier, President of Dharmatech. This young nugget tackles the challenge of ecological transition with an innovative green wall for buildings. Insulating, it provides natural air conditioning through vegetalization, while depolluting the environment by absorbing suspended particles and promoting biodiversity and permaculture in the city.

The second winner is Anne-Laure Morel, the president and founder of Torskal. This biotech has multi-patented a breakthrough innovation in the treatment of cancer through green chemistry. A pioneer in green nanotechnology, Torskal designs disruptive nanoparticles for the treatment of surface and deep-seated cancers, derived from plants endemic to the Indian Ocean. A phase 1 clinical trial is planned in 2021 for this potentially revolutionary innovation, whose applications may also extend beyond the medical field, particularly in cosmetology.

We use cookies to ensure the best experience and improve the performance of our site. By continuing your navigation, you accept the deposit of cookies (Learn more). Ok